The ceremony was held following the announcement of joint workshop at Isfahan University of Technology (IUT) last month, 4 February, 2019.

The MOU is about the establishment of Isfahan Universities Network (IUN) for International Cooperations. It should be noted that this is the First university alliance for developing academic cooperation with global partners and fostering internationalization of Higher Education in Isfahan, Iran. 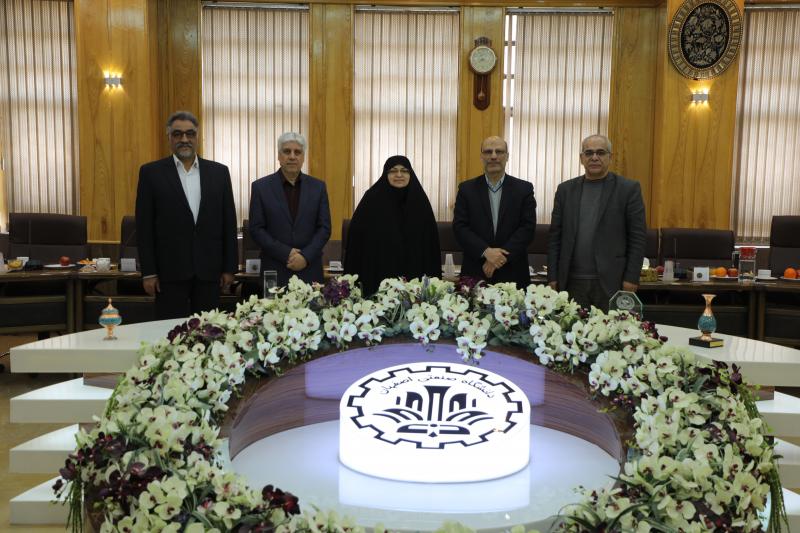 In this ceremony, Dr. Madras Hashemi, chairman of Isfahan University of Technology, welcomed the guests, and he also focused on the importance of cooperation and interaction between universities and scientific centers.Considering the international connections of these centers, the formation of the consortium was considered a turning point for the expansion of relations and the progress of universities and the transformation of Isfahan into a scientific pole in the country. He noted: "The province will not grow without international cooperation, and I'm sure this  alliance  will bring better situations for all  of us ." This consortium will begin with the main goal of creating synergies.

Dr. Seyyed Mahmoud Modarres Hashemi added: Although Isfahan province is a high-capacity province in fields of scientific, cultural and social instances, but it has not been improved as it deserves according to some problems have been occurred such as the limitation of resources. He emphasized that one of the most important capacities of the province, is  science , technology and scientific centers.  He explained that: Isfahan is a superior province after Tehran in terms of number of students and faculty members and many other provincial quantitative and qualitative indicators. There are also  two universities among the first-ranked universities of the country, in Isfahan. Isfahan University of Medical Sciences is also an influential university, and the Isfahan science and Technology Town  is one of the most unique centers in the country. The head of the Isfahan University of Technology said that with the cooperation of  these  five institutes and universities, we can see more growth in the province according to their capacities. 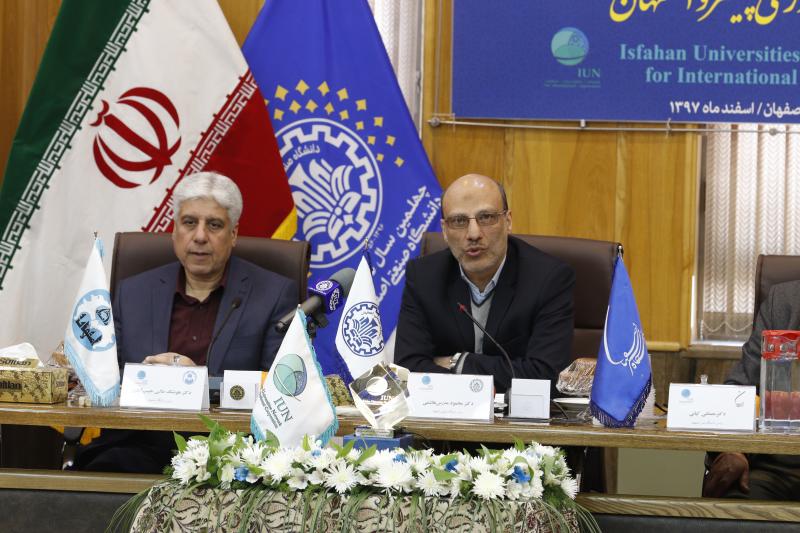 The chairman of the Isfahan University of Medical Sciences said: "Tourism is a strategic step to save the province, and there is no longer any expansion of industry and agriculture in Isfahan but tourism instead,  has high added value in terms of technological actions, and with this consortium and also with the presence of scientific people in the country, You will find out  the difference between these people and tourists”.

Dr Tahereh Changiz added: "The sapling is planted today is a synergistic sapling between the 5 major educational and research institutes in the province, which influence  the whole country and cause to the scientific and social developments of the country. She continued: "Medical sciences are not the only college educational, research, and technology, but also by its entrance to the consortium, the borders of the university will be equal to the boundaries of the province." 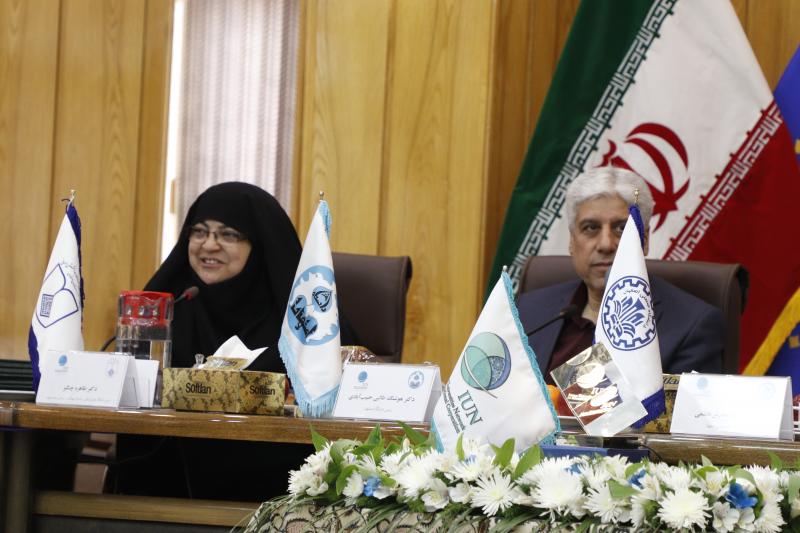 The head of the University of Isfahan also said this is the first-ranked Iran universities meeting that is held at Isfahan University of Technology, and caused good results today; we have held 20 meetings, and I hope that by forming this consortium, we would be able to Shorten the way.

Dr. Houshang Talebi, declared that international activities cannot be separated from other issues; he added: " Scientific diplomacy is not boycotted, and even after the Islamic revolution, we still had student dispatch to the United States, England, and so on, and it shows that Scientific diplomacy goes beyond other sectors. There may be some problems in political and economic cases, but  scientific communications may be the solution! “ 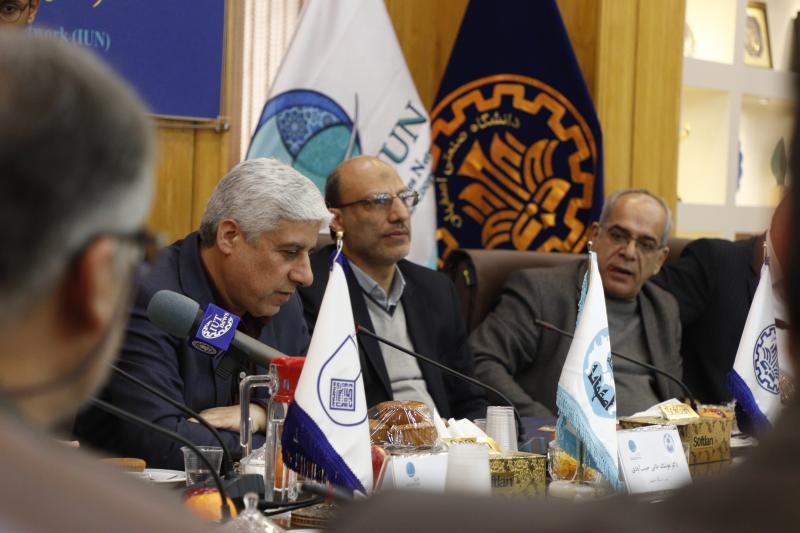 Dr. Mostafa Kiani, the head of the Isfahan University of Art, announced: “  Isfahan's capacity in science , technology and art is in a high level”. He continued “We are the second largest artistic center in the country and we could reopen the field of music in the university, last year”. He added: "Isfahan has a long history in music and theater and I hope that after the formation of this consortium, we make collaborations more than before in both national and international cases.” 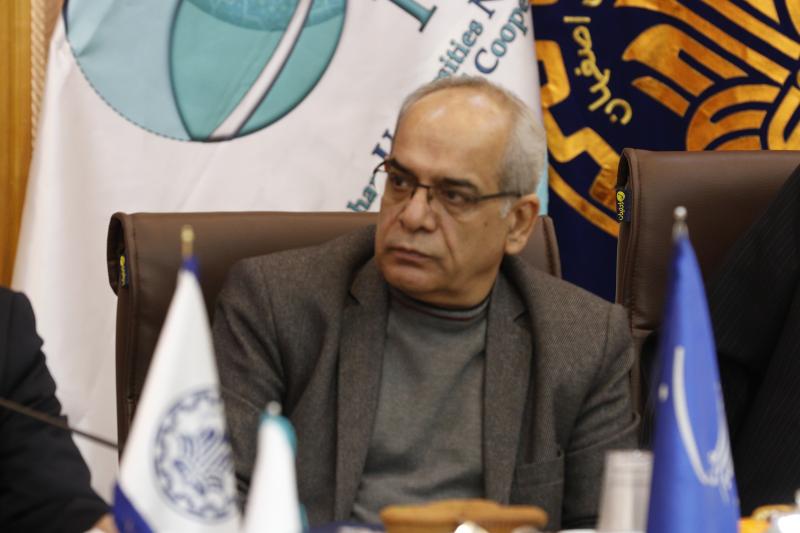 The head of Isfahan Science and Technology town, in the following refered to the statistics of Isfahan in the field of science and declared: “ According to National Elites Foundation, 10 percent of the country's elites are from Isfahan, 10 percent of  Technology centers of the whole science and Technology parks are from ISTT. 17 percent of the total turnover of knowledge enterprises are in Isfahan, As well. Beside mentioned statistics, it should be noted that the largest immigration of the elite is from Isfahan and the third immigrant city for workers. 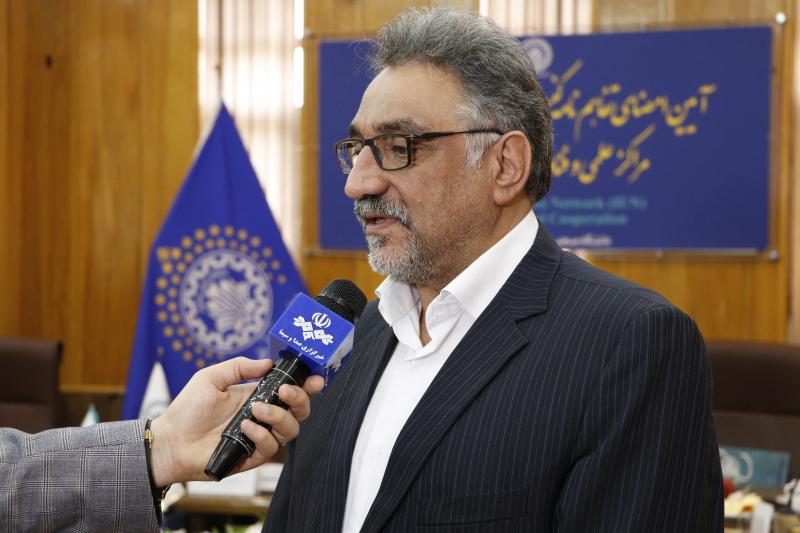 Dr. Arbab Shirani, Deputy Director of Planning and Development of Human Capital of the Municipality of Isfahan, also announced the establishment of a Center for Urban Studies to use the capacity of all organizations.

Also, Mr. Salarian, the embassador of the Ministry of Foreign Affairs in Isfahan province, mentioned the existence of high capacity for Isfahan to attract scientific and public diplomacy and considered the consortium a good example for the whole country and emphasized the need for the development of international relations. 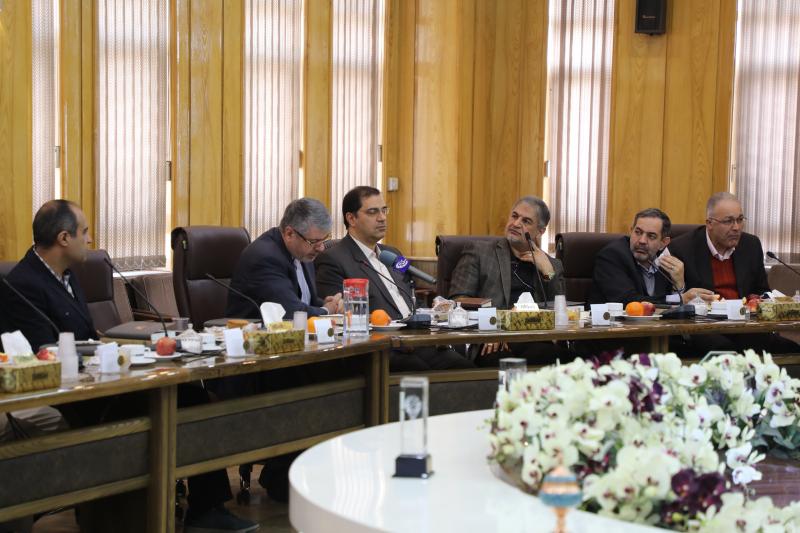 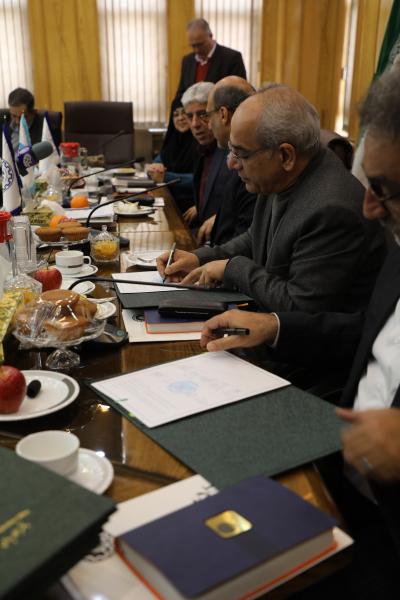